Marco Polo, in the thirteen-century and the art of tattoos 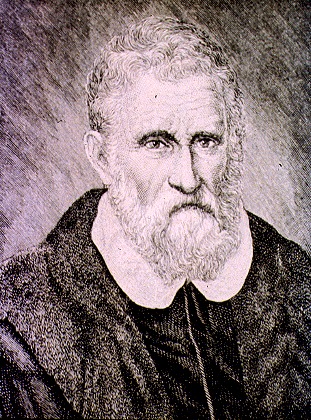 Marco Polo (1254-1324), the famous Venetian adventurer, started to travel to the East in1271, went through Asia via and came back to Europe via after spending 17 years in the service of Kublai Khan  (1215-1294)[1]. In Vietnamese Kubai Khan is known as Hot Tat Liet (Kubilay Khan in French). He was the founder of the Mongol dynasty in (Dai Nguyen). His grandfather Genghis Khan is known in Vietnamese as Thành Cát Tư Hản. 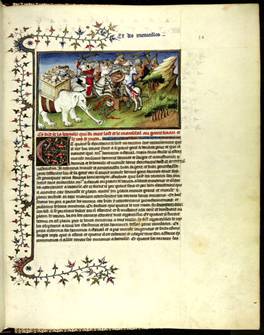 Figure 2 A page from a manuscript of Il Milione (Wikipedia)

Marco Polo’s book Description of the World (Il Milione[2] in Italian or also translated as The Travels of Marco Polo) told of his adventures to the East.  At the time of Marco Polo’s departure from Europe in 1271, was under the reign of King Trần Thánh Tông  (1256-1278). Most of what constitutes modern central belonged then to the under King Indravarman. Champa’s capital Indrapura would be ransacked by the Vietnamese in the 15th century and Champa annexed to .

That same year of 1271, Kublai Khan conquered from the Sung dynasty, and sent emissaries to request the Vietnamese King to go to to attend the Chinese imperial court as a sign of submission. Trần Thánh Tông declined the invitation under the pretext of poor health.

War erupted between the two countries in 1284 under King Trần Nhân Tôn; Vietnamese forces were under the command of the famous general Hưng Đạo Vương Trần Quốc Tuấn. The Mongol offensive was under the command of General Thoat Hoan with forces that arrived directly from ; another front against Champa in the South was under General Sogatu (Toa Do) who was later killed in battle. The link-up between the two Mongol armies never materialized because of the resistance in a series of battle by the Vietnamese along the lower [3].

Marco was a member of a Chinese delegation that went to Champa and possibly after the unsuccessful war campaign of 1287-1288. He left in 1292 in his 21-month voyage home, to escort a Mongol princess to where she was to be wed[4]. The long trip, “which departed from what is now Quanzhou, touched , the Malay Peninsula, Sumatra, and , and then followed the Indian coast to . The last leg of their journey took them to Constantinople and finally [5]”in 1295. Il Milione was the book written originally in Old French by a fellow prisoner Rustichello da Pisa, based on the dictation made by Marco Polo during a few months of prison stay in 1298, three years after his arrival in and six years after he left . The original is lost, and there are conflicting differences between different translations[6]. 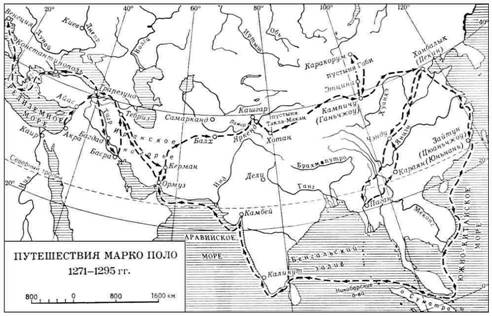 Figure 5 : The Travels of Marco Polo (1271-1295). This Russian map of unknown source posted by the Wikipedia shows his trip home along Vietnamese coastline. It includes in his itinerary the regions of South West China and modern North Burma but does not mention his travel to ..

Alain Cheneviere, in Travels in The Orient In Marco Polo’s’ Footsteps, referred to Marco Polo’s Kaucigu (French spelling for Kaugigu) as the Kingdom of Tonking and Amu ( French spelling of Aniu) as Anam (corresponding to modern central Vietnam), but according to the Encyclopedia Britannica, Kaucigu ( Kaugigu) corresponds to an area situated in the southern part of modern China.

According to the article ”Cochinchina, Reassessment of the Origin and Use of a Western Name” by Vu Dinh Dinh, the late Director of L’École Francaise de l’Extreme Orient Aurousseau  (1924) explained that before 1515, the western world only knew the Far East through the Arabs. Kwaci was the Arab way of saying Kiao tche, (which is Giao Chỉ in Vietnamese, literally [people with] “crossing toes”) and referred by Marco Polo as Caugigu (French for Kaugigu)[7]. Vu Dinh Dinh also notes that Aurousseau’s arguments are found convincing enough and quoted without reservations by many specialists of Asian studies. However Vu Dinh Dinh refuted that theory, on the basis that Giao Chỉ was never used to denote a country, and that the descriptions of an Indianized Caugigu (Kaugigu), so far away from the sea, whose people lived on milk, and with its King who had 300 wives, would not fit a Sinicized country  like .

So it is clear that Marco Polo went to Champa (which now is a part of Vietnam) and, at least according to frequently quoted Arousseau and mainstream Asian studies specialists, Kaugigu described in his book was actually Giao Chỉ, former name of (Northern) Việt nam. Amu (Aniu) probably refers to the northern part of modern (? from An nam, formerly named Cửu Chân).

In the chapter about Kaugigu, Polo reported that it was a separate kingdom very far from the sea, rich in gold and spice and the people there spoke a language of their own. There were many elephants and a lot of game and people drank rice wine. They paid yearly tribute to the Mongol Emperor. The King’s harem was notorious:” The King is so lecherous that I assure you that he has 300 wives. Wherever any woman in his country excels in beauty, he takes her to wife”. Aniu lay to the East of Kaugigu (a fifteen day journey). It also had its own language. It prospered by “stock-rearing and agriculture”. They had a lot of buffaloes, oxen, cattle, excellent pasturage, and plenty of food. Its women wore silver and gold jewelries on their feet and arms. Surprisingly the men wore even more expensive and better-made jewelries. There was no mention of tattooing in the paragraph about Aniu.

Regarding the art of tattooing Marco Polo reported that all men and women of Kaugigu had their “flesh” decorated all over with pictures of dragons, lions, birds, and other objects, made in such a way that they are indelible. They had them on their face, neck, belly, hands, and every other part of their body. The technique was as follows: the sketches are drawn all over the body, then the hands and legs of that person are tied and he/she is hold down by several people, then the master craftsman using an instrument consisting of five needles fastened together, pricked out the sketched images. Marco Polo compares the pain endured to the “pains of Purgatory”, and mentioned that” many even died during the operation through the loss of blood”. Besides its esthetic value, tattooing probably was also a rite of passage that entailed a lot of courage and endurance. “And this they do as a mark of gentility, the more elaborately anyone is decorated, the greater and handsomer he is considered”, he noted.

Tattooing is known as a Vietnamese custom dating back to prehistoric times. Likewise, most people of Polynesia, Island Melanesia and (and indeed most Austronesians) practiced tattooing until recently”[8]. The dragon is a totem in Vietnamese mythology and the Vietnamese think of themselves as descendants of the dragon  (Con Rồng Cháu Tiên or Children of the Dragon and grand children of the Fairy). The religious and spiritual meaning of tattooing is probably related to the wish to assume its form and therefore the strength and power of the totem animal. Another goal, more practical, was to scare away the underwater predators (thuồng luồng in Vietnamese, and possibly alligators (cá sấu)) by tattooing oneself into a monster look-alike[9]. In 1284, when Vietnam was fighting the Mongol invasion, after General Trần Hưng Đạo passionately exhorted his armies to fight for the country’s independence  (Hịch tướng sĩ), everybody volunteered to have the Chinese characters “ Kill the Mongols” (Sát Đát) marked on their arms[10].

It is interesting to note that tattoos were made on every part of the body in Kaugigu (Giao Chi?). In contrast, in Anui ( ?), Marco Polo did not mention about seeing tattoos on the natives. We can assume that either they did not practice at all that custom or the practice was restricted to certain hidden parts of the body and was not seen in public. It may also be conjectured that people in Aniu were more Sinicized and as tattoos were not a tradition among the Chinese; their practice had been more or less abandoned among this population. For the Chinese, tattoo or any skin art was probably a mark of public disgrace. In fact, in 1289, when “Kubilai Khan sent envoys to the Javanese King Kertanagara to confront him and demand that missions be sent from Java to the Khan’s capital, Kertanagara replied by disfiguring and tattooing the faces of the Mongol envoys and sending them back in this disgraced fashion. His impudence so enraged Kubilai Khan that the Mongol sent 1000 warships to chastise Java”[11].

As a tradition, all the Vietnamese princes and kings had to be tattooed on their thighs (đùi), but not all over the body. According to Trần Trọng Kim in Việt nam Sử Lược, it was abolished since the reign of another King from the Tran dynasty, Tran Anh Tong (1298-1314). As an adolescent prince, he eluded that practice that had been obligatory among the royal family. He grew up to be one of the most enlightened rulers in Vietnamese history and his reign was a period of economic prosperity and cultural achievement.

“Today the ethnic groups of the high plateaus such as the Bana, the Jarai and the M’nongs proudly display their traditional tattoo”[12]. Many urban Vietnamese are using their country’s historical traditions as an endorsement of this controversial practice[13] and other forms of “body art”, which has become more widespread worldwide, in particular in rapidly westernizing communist .

Given the nature of the book “Il Milione”, which was a transcription, done in a prison cell, of stories told by Marco Polo several years after their actual occurrence in remote (from a Western point of view) and then under-documented or uncharted regions of the world, it is almost impossible to establish with certainty that the Kingdom of Kaugigu described in Marco Polo’s book is 13th century Vietnam (Giao Chỉ). However, scarce evidence available seems to point to that direction and most Asian studies specialists seem to agree with Aurousseau on that assessment. In the one page long chapter devoted to Kaugigu, the practice of tattoos by the natives seems to impress the author the most. We found it interesting to study tattoos in the context of important events in in the 13th century and Vietnamese culture, folklore and history, citing a few readily available Vietnamese sources.

[2] Il Milione or Million is the nickname of Marco Polo, probably a tribute to his gift of “talking big”.

Information about Marco Polo’s book used in this article is based on its English translation “The Travels of Marco Polo” of books.google.com

[9] Trần Thế Pháp in  Lĩnh Nam Chích Quái (later half of 14th century): King Hồng Bàng ordered his people to tattoo pictures of “thuồng luồng” on their bodies after many attacks by the water monsters were reported. (http://www.olasen.com/) (10-9-07)

Incidentally, in 2005, a blog on a tattoo art website reported that a Vietnamese model was   “experiencing a bitter taste of life “ after her large lower abdomen tattoo was revealed on a photograph published in an American magazine. It concluded:” It is really disgusting that people with tattoos in are not trusted; for them skin art is mark of a criminal. People with tattoos face dire consequences both in society and professional life; especially if you are a role modal, it will be rubbing salt in the wound’. (http://www.tattooblog.org/entry/vietnam-not-yet-ready-for-tattoos/)

[13] Tattooing is associated with the transmission of Hepatitis B and other blood born diseases such has HIV if not done in a proper way. Hepatitis B infections  have a very high prevalence in Vietnamese, Chinese and Polynesians. (http://aje.oxfordjournals.org/cgi/content/abstract/114/3/355