The war on baby girls

Killed, aborted or neglected, at least 100m girls have disappeared—and the number is rising 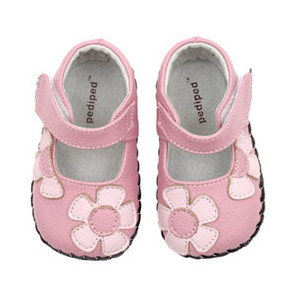 IMAGINE you are one half of a young couple expecting your first child in a fast-growing, poor country. You are part of the new middle class; your income is rising; you want a small family. But traditional mores hold sway around you, most important in the preference for sons over daughters. Perhaps hard physical labour is still needed for the family to make its living. Perhaps only sons may inherit land. Perhaps a daughter is deemed to join another family on marriage and you want someone to care for you when you are old. Perhaps she needs a dowry.

Now imagine that you have had an ultrasound scan; it costs $12, but you can afford that. The scan says the unborn child is a girl. You yourself would prefer a boy; the rest of your family clamours for one. You would never dream of killing a baby daughter, as they do out in the villages. But an abortion seems different. What do you do?

For millions of couples, the answer is: abort the daughter, try for a son. In China and northern India more than 120 boys are being born for every 100 girls. Nature dictates that slightly more males are born than females to offset boys’ greater susceptibility to infant disease. But nothing on this scale.

For those who oppose abortion, this is mass murder. For those such as this newspaper, who think abortion should be “safe, legal and rare” (to use Bill Clinton’s phrase), a lot depends on the circumstances, but the cumulative consequence for societies of such individual actions is catastrophic. China alone stands to have as many unmarried young men—“bare branches”, as they are known—as the entire population of young men in America. In any country rootless young males spell trouble; in Asian societies, where marriage and children are the recognised routes into society, single men are almost like outlaws. Crime rates, bride trafficking, sexual violence, even female suicide rates are all rising and will rise further as the lopsided generations reach their maturity (see article).

It is no exaggeration to call this gendercide. Women are missing in their millions—aborted, killed, neglected to death. In 1990 an Indian economist, Amartya Sen, put the number at 100m; the toll is higher now. The crumb of comfort is that countries can mitigate the hurt, and that one, South Korea, has shown the worst can be avoided. Others need to learn from it if they are to stop the carnage.

The dearth and death of little sisters

Most people know China and northern India have unnaturally large numbers of boys. But few appreciate how bad the problem is, or that it is rising. In China the imbalance between the sexes was 108 boys to 100 girls for the generation born in the late 1980s; for the generation of the early 2000s, it was 124 to 100. In some Chinese provinces the ratio is an unprecedented 130 to 100. The destruction is worst in China but has spread far beyond. Other East Asian countries, including Taiwan and Singapore, former communist states in the western Balkans and the Caucasus, and even sections of America’s population (Chinese- and Japanese-Americans, for example): all these have distorted sex ratios. Gendercide exists on almost every continent. It affects rich and poor; educated and illiterate; Hindu, Muslim, Confucian and Christian alike.

Wealth does not stop it. Taiwan and Singapore have open, rich economies. Within China and India the areas with the worst sex ratios are the richest, best-educated ones. And China’s one-child policy can only be part of the problem, given that so many other countries are affected.

In fact the destruction of baby girls is a product of three forces: the ancient preference for sons; a modern desire for smaller families; and ultrasound scanning and other technologies that identify the sex of a fetus. In societies where four or six children were common, a boy would almost certainly come along eventually; son preference did not need to exist at the expense of daughters. But now couples want two children—or, as in China, are allowed only one—they will sacrifice unborn daughters to their pursuit of a son. That is why sex ratios are most distorted in the modern, open parts of China and India. It is also why ratios are more skewed after the first child: parents may accept a daughter first time round but will do anything to ensure their next—and probably last—child is a boy. The boy-girl ratio is above 200 for a third child in some places.

How to stop half the sky crashing down

Baby girls are thus victims of a malign combination of ancient prejudice and modern preferences for small families. Only one country has managed to change this pattern. In the 1990s South Korea had a sex ratio almost as skewed as China’s. Now, it is heading towards normality. It has achieved this not deliberately, but because the culture changed. Female education, anti-discrimination suits and equal-rights rulings made son preference seem old-fashioned and unnecessary. The forces of modernity first exacerbated prejudice—then overwhelmed it.

But this happened when South Korea was rich. If China or India—with incomes one-quarter and one-tenth Korea’s levels—wait until they are as wealthy, many generations will pass. To speed up change, they need to take actions that are in their own interests anyway. Most obviously China should scrap the one-child policy. The country’s leaders will resist this because they fear population growth; they also dismiss Western concerns about human rights. But the one-child limit is no longer needed to reduce fertility (if it ever was: other East Asian countries reduced the pressure on the population as much as China). And it massively distorts the country’s sex ratio, with devastating results. President Hu Jintao says that creating “a harmonious society” is his guiding principle; it cannot be achieved while a policy so profoundly perverts family life.

And all countries need to raise the value of girls. They should encourage female education; abolish laws and customs that prevent daughters inheriting property; make examples of hospitals and clinics with impossible sex ratios; get women engaged in public life—using everything from television newsreaders to women traffic police. Mao Zedong said “women hold up half the sky.” The world needs to do more to prevent a gendercide that will have the sky crashing down.